Guardianships in Washington: We Care a Lot

The recent movie about an unscrupulous guardian, “I Care a Lot” may have made you wonder whether anything like what happened in the movie could happen here.  Luckily, we live in a state where almost none of what the movie guardian did could happen.

Washington adopted rigorous procedures both for creating and monitoring guardianships in 1997.  Washington recently adopted the Uniform Guardianship and Other Protective Arrangement Act (UGA) and it will become fully effective in 2022.  Both the current and future law provide significant protections for vulnerable adults—most protections which were missing in the movie.

The UGA will allow for emergency guardianships, but only guardianships involving “person” issues (medical or care decisions) can be created without notice.  Even then, the respondent is personally served notice within 48 hours and a hearing is held no later than 5 days after the appointment.  Emergency conservatorship always require 14 days’ notice and personal service.  The Court must also appoint an attorney for the respondent.

The movie guardian she said she acted in the incapacitated person’s “best interests” (which oddly enough were in her financial interests, too).  Washington law states that a guardian should make medical decisions the incapacitated person would make if they were able to – substituted judgment.  Only if a guardian cannot ascertain a person’s wishes may they use the best interest standard to make medical decisions.

There are numerous other examples, but a final one will suffice.  The movie guardian has numerous clients.  In Washington, if a guardian has three or more clients for whom they charge fees, the guardian must be certified.  Washington has a robust certification and disciplinary system through the Certified Professional Guardian Board.  Our movie guardian would not fare well in Washington.

So, you do not need to worry that a guardian could put you in a secure facility and sell all of your belongings without notice and due process.  But, to be safe, have a Durable Power of Attorney with at least one alternate agent.  And, if a “movie guardian” appears at your door, call an attorney. 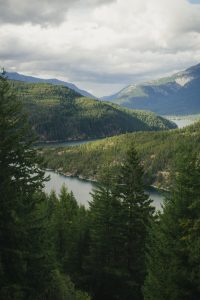